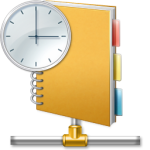 The principles of DHCP are simple and Microsoft has not changed its core since before Windows NT days, however its not something you shouldn’t undertake lightly or ill-prepared. Most of your client devices will rely on DHCP to function and failing to migrate seamlessly will only cause disruptions to your business.

This article is to help document how to migrate multiple active DHCP servers to a new DHCP server running on Windows Server 2012. We will finalise the configuration by creating a failover for all scopes to a secondary server. I am writing the to include all the necessary information that I think is required to complete this successfully.UPDATE: Added information regarding to “DNS dynamic update registration credentials”

Every scenario will differ slightly however these steps should be useful for most migrations. In my environment I will be migrating my DHCP servers as part of a larger Domain Controller upgrade/migration project and will only document the DHCP aspect.
Current DHCP configuration:

I wont cover what already most people reading this blog know but I will advise you all to have a glance here (http://en.wikipedia.org/wiki/Dynamic_Host_Configuration_Protocol) and spend a moment refreshing your memory.

There are a number on tasks to do before you start migrating DHCP. Below are the prerequisite steps I had to perform.

This process alone has been documented quite heavily online so I will document the PS cmdlets only. Please refer to resources down the bottom for more detailed process with GUI installation.

The above steps have all the details removed as the steps are fairly self explanatory. Personally I use Server Manager to install this feature as its so simple to follow the wizard. 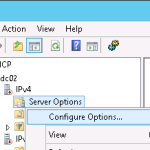 Now that you have your new DHCP service running and the server is healthy, you can go into DHCP Management Console and start preparing to migrate your DHCP scopes. The first thing I do is manually add the server predefined scope options that are required for all scopes.  To do this, expand your server name, expand IPv4, right click on Server Options and select ‘Configure Options…’.

In my case the two default scopes are: 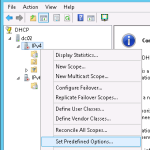 There is also a requirement for us to add an additional scope that is not a default. To do this we need to set predefined options. To do this expand your server name, right click on IPv4 and select ‘Set Predefined Options…’.

Once there, Click on ‘Add…’ and fill in the options. In my situation I needed to add OPTION 252 WPAD however the same steps can be used to add any Predefined Option.

Click Ok to save the predefined option. Follow the same steps as above to add the new option to your Server Options.

My configuration looks like the following screenshot. At this point the server is ready for me to migrate DHCP configuration from Windows 2000, 2003, 2008 and 2012 DHCP servers. 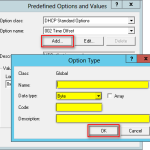 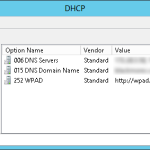 A DHCP server can enable dynamic updates in the DNS namespace for any one of its clients that support these updates. Scope clients can use the DNS dynamic update protocol to update their host name-to-address mapping information whenever changes occur to their DHCP-assigned address. (This mapping information is stored in zones on the DNS server.) A DHCP server can perform updates on behalf of its DHCP clients to any DNS server, but it must first supply proper credentials.These credentials are used by DHCP to dynamically update the DNS server and should be configured if the DHCP and DNS server resides on the same operating system.

I may be overly cautious however when it comes to potentially causing havoc to the business I like to test things work before affecting everyone. The initial scope I am migrating will be our VDI clients VLAN where we only have 38 currently registered IP addresses.

Note: The following steps need to be made in a short span of time so read through them all before executing, and prepare yourself for it.

You have now successfully migrated the data for that VLAN and your clients should be able to pick up from where they left off. I do suggest you monitor that machines are renewing their existing addesses (extending their leases) and no clients are having problems. Should there be any issues and you want to revert back, simply run step 10, then step 2. This will bring it back to your original server however if a client has tried to renew their lease, you will have to work on that client individually to rectify the  issue. In my situation I had issues with my Wyse VDI terminals and it took some time to reset their DHCP details. Windows PC’s are much easier by running the following command:

Migration of all Leases

From this point you are confident in migrating the rest of your scopes from all your old DHCP servers. You can do them all in one hit, or stagger them just to be sure there are no other problems. I staged my migration as an extra precaution.  The steps in the previous section explain how to do this for one scope. Below are examples that you can change for step 5 & 9, otherwise the rest can stay the same.

This section will be coming soon in a separate post.

This site uses Akismet to reduce spam. Learn how your comment data is processed.